In a previous post I established that I could easily deploy a 'Hello World' flask.py web application using Shinyproxy. Therefore, I thought it would be straightforward to deploy a Dash app which is built on top of flask.py. However, it proved to be a little more difficult than that. This blog post runs through the errors and eventual solution to deploying a Dash app on Shinyproxy.

Dash apps, like most web apps, load additional static resources, but upon deploying on Shinyproxy these aren't being delivered to the client (browser) as the URL path is wrong. This results in the all too familiar 404 Not Found. Disclaimer: I haven't programmed in Java or SpringBoot (yet!). However, as far as I can see from looking at Chrome dev tools there are two ways Shinyproxy delivers static files to the client. I'm taking a look first at how it works with a Shiny app.

Now let's move on to it not working with Dash...

Deploying a Dash App on Shinyproxy

Using react.min.js as an example, I'm going to contrast how the app fetches static content on my local machine in a container vs Shinyproxy on a remote server. I'll do this by inspecting the path for the GET requests using Chrome dev tools. Firstly, what is the default behaviour of Dash.

By default, dash serves the JavaScript and CSS resources from the online CDNs.
Source: Dash Docs

Dash Container on my Local Machine

All resources loaded and the application displayed correctly.

On Shinyproxy react.min.js gets loaded however _dash-layout and _dash-dependencies fail to GET the necessary resources from the Request URL: http://<my-ip-address>/_dash-layout. As we know from the Shiny app, the container name should be in there e.g. Request URL: http://<my-ip-address>/<container_name>/_dash-layout. This is how Dash is supposed to behave, looking at the source code we can see a configurable routes_pathname_prefix (I'll come back to this later in the post). So a possible solution is to get the Dash app to obtain the container name from which it is running.

The Dash Docs have the following lines of code to serve content locally.

Let's see how that changes the behaviour.

Dash Container on my Local Machine 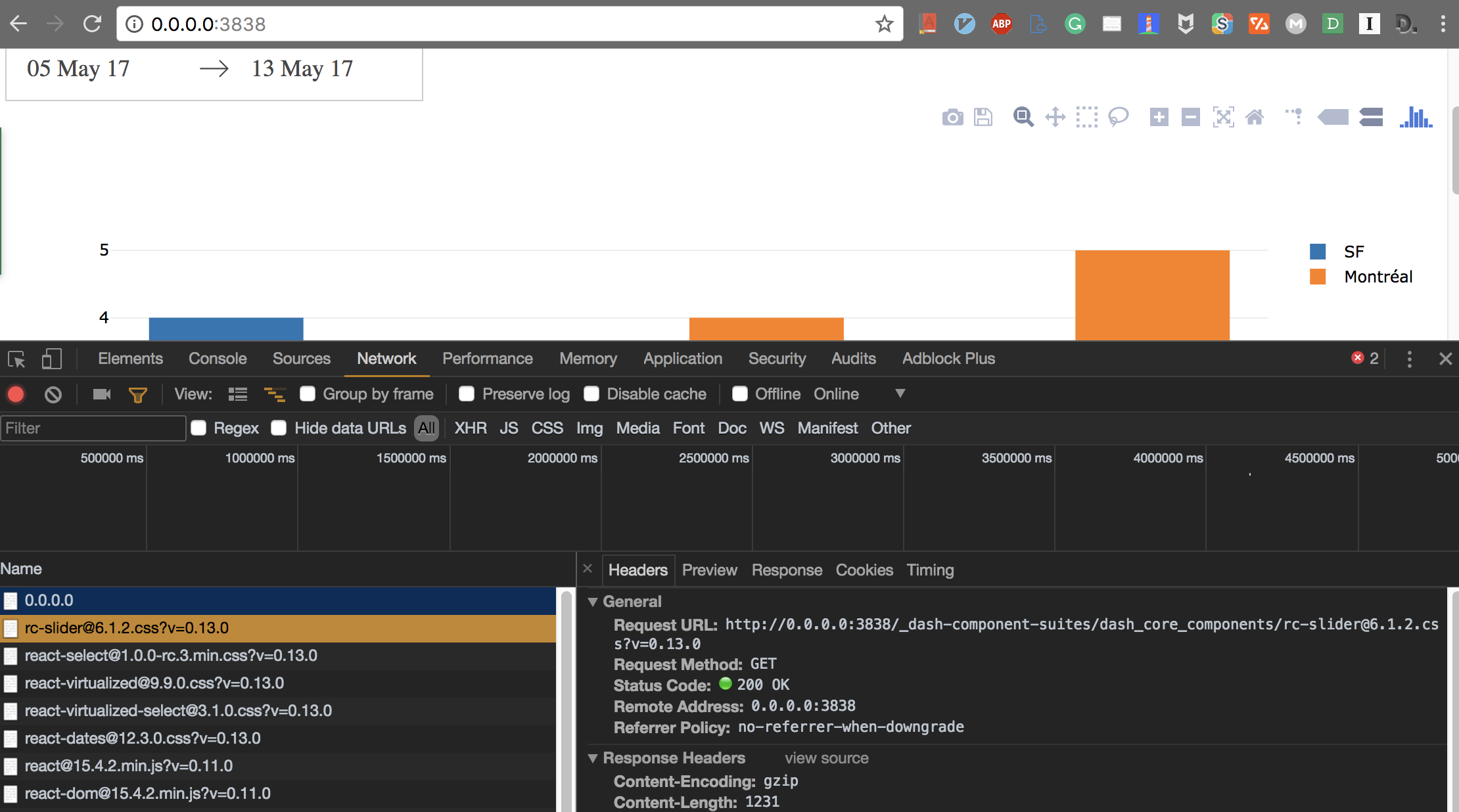 Since all static content is now requested from Dash this is probably going to prevent all content from being loaded on Shinyproxy. 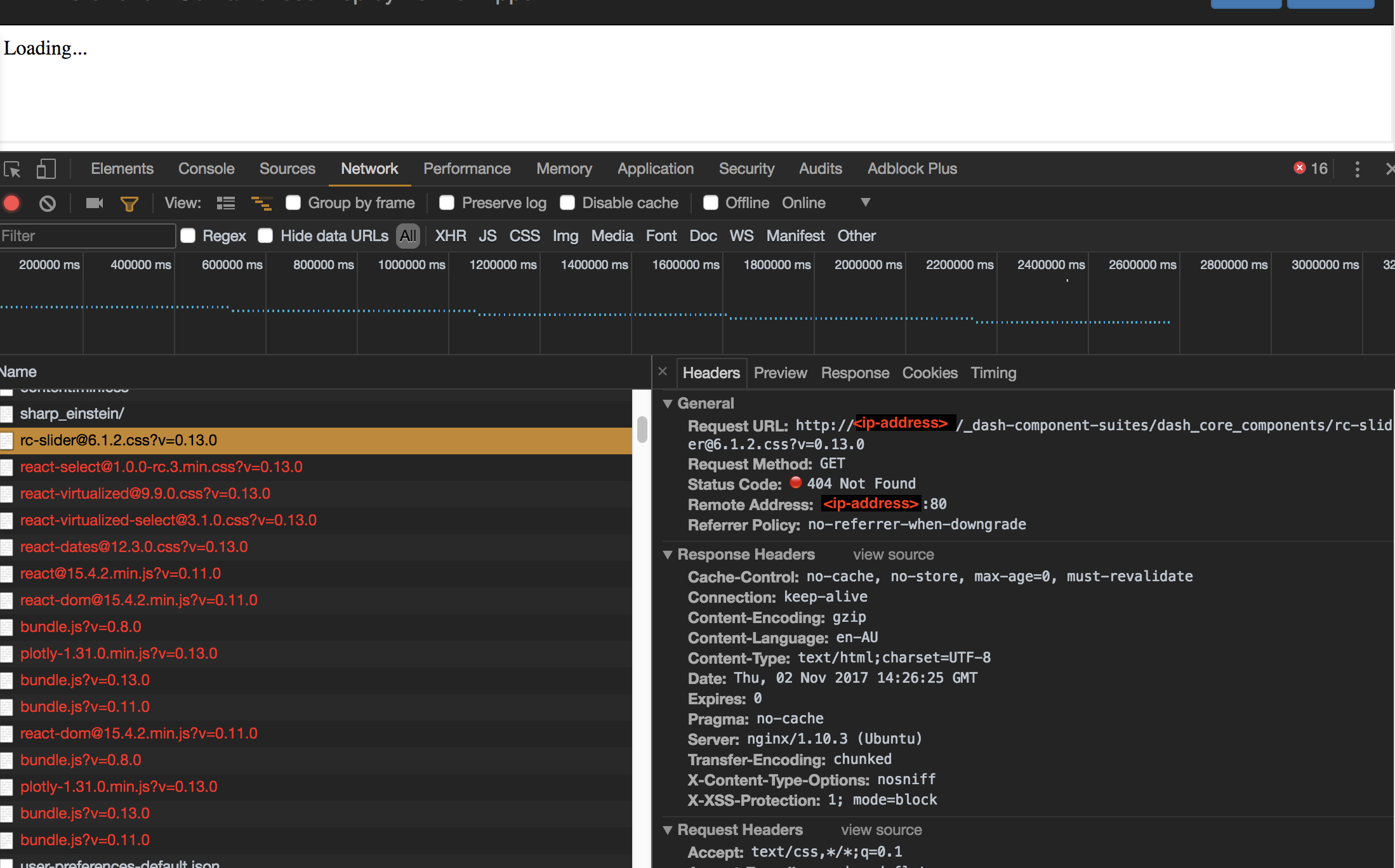 Essentially it doesn't matter if you configure Dash to serve static files locally, the underlying issue is the relative URL route prefix. We know from the Dash source code how we could prefix the URL route. However, Shinyproxy is already doing this for Shiny apps, what's different for the requests from Dash?

Another approach I thought of was obtaining the container name from within the Dash application and appending that to the GET URL requests initiated Dash. Alas, Docker doesn't allow that. You can access the ContainerID but not the ContainerName. There is a 3 year old open issue regarding this. I then started looking for an easy way to pass into the container the containerName but I couldn't find a non-hacky way to do that either.

Sidenote - I was wondering what the logic was on the container name generation e.g. adorin_raman. If you look at the docker source code you will find some go-lang code called names-generator.go. This contains two lists, a list of adjectives and a list of "notable scientists and hackers". The function that randomly combines these into a container name formatted as "adjective_surname" has one funny exception:

Two other approaches that weren't very appealing would have been managing the resources as webjars or an Nginx redirect.

I posted a question to the shinyproxy forum, Frederick one of the main authors responded with:

Then that means the href being used was /_dash-layout and not _dash-layout.
Do you control the hrefs? If so, removing the slash may solve your issue. If not, it becomes trickier… you could use javascript and extract the correct URL from window.location.

If we dig into the dash.py code We can see the construction of the URL paths for _dash-layout _dash-dependencies occurs on lines 73-80:

Which begs the question, where is url url_base_pathname defined... on lines 20-28:

As Frederick said, the request should not have the '/' prefix in the GET request. Unsurprisingly, having '//' in your request paths is not good practice (see this SO answer and this one) as it can cause problems depending on how requests are handled. The software layers of Shinyproxy are reasonably complex with requests being handled my multiple technologies. The best solution after this trouble-shooting exercise is to use the following code in your Dash app.

buy me a coffee 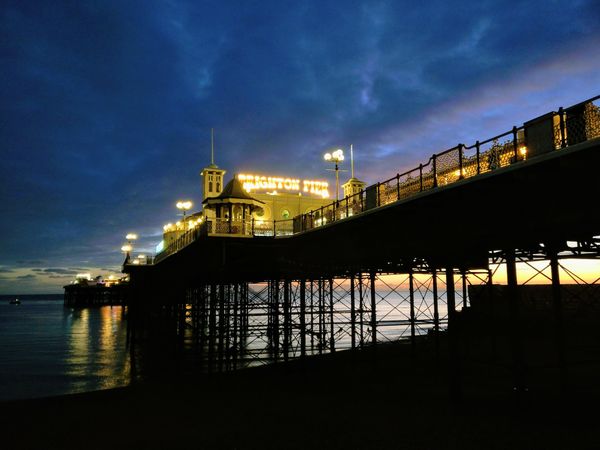 The following post details how to make a churn model in R. It was part of an interview process for which a take home assignment was one of the stages. 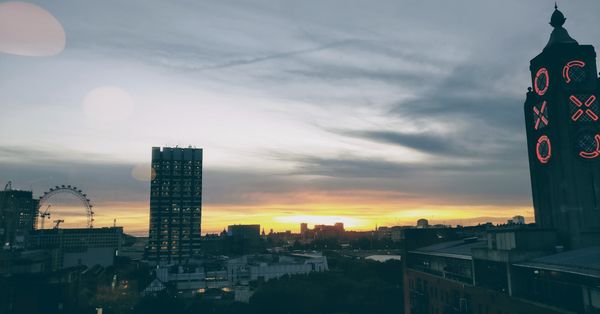