8 Reasons Why Signal is Better than Telegram

Telegram is for profit 💰. I want the reassurance that the profit motive isn't there for my communications platform - because we've seen where that leads to before.

2. Telegram Collects More Of Your Data 🗄 #

Telegram collects more data on you. Whereas Signal, even under the full force of an FBI subpoena - which they declared publicly - could only share account creation date, because that is all they had. 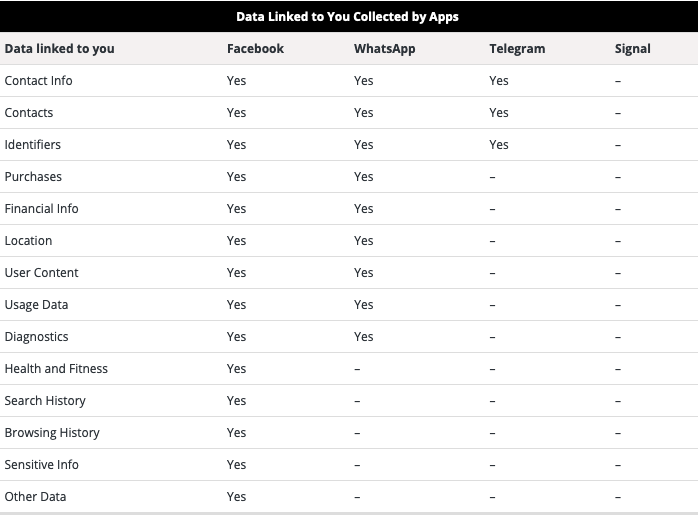 Here is Signal's code - the fact that it is publicly available is important for scrutiny to occur. Telegram's code is only partially open source. Most importantly, Telegram's server software - where your valuable messages get sent - is not open source. How can we trust what we can't see?

Signal's end-to-end encryption protocol is regarded as best in class, and is widely regarded as far superior to Telegram's. The security industry has heavily criticised Telegram's encryption model.

5. Signal Protects You By Default 🔒 #

All of Signal's messages and content are encrypted by default. Not the case for Telegram.

Telegram does not have a great reputation when it comes to independent audits. In contrast, Signal's protocol has been inspected by industry experts and given the thumbs-up 👍.

7. Signal's Growth Is Outpacing The Alternatives 📈 #

The network effect is incredibly important for a messaging app. In terms of the absolute number of users, I'd like to say that Signal wins, but it's unknown exactly which is larger. Signal doesn't publish its user numbers, maybe because it doesn't have a profit motive to do so. As far as I can see on the app stores I've looked at, Signal was downloaded more than Telegram. Signal 'ranks at the top on App Store in 40 countries and on Google Play Store in 18 countries'. The pace of download growth is staggering; +5,923% - any tech team would struggle to handle that explosion in growth in that amount of time 🤯.

Ok this sounds like a reason against Signal - hear me out! Signal's group chats are limited to 1000, Telegram's are not. I can't think of a group I'd need to be directly messaging that had anywhere close to a thousand participants. Signal is not trying to be social media. I want my primary messaging app to do one thing, and do it well. The ability to communicate with more than 1000 people can help the growth of adverse political groups, for example things like Proud Boys on Telegram 🤦‍♂️ - I'd rather not see another assault on American democracy or feel ethically challenged because my messaging app enables such things. 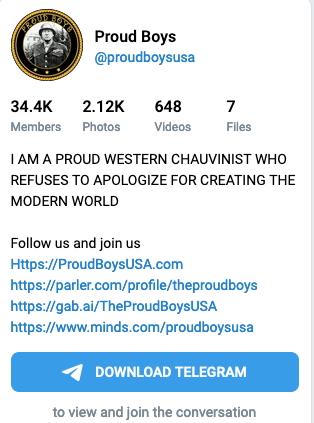 ✍️ Want to suggest an edit? Raise a PR or an issue on Github